Lego is amazing! I know most of you have got Lego and enjoy building with it so this page is to give you some ideas of things to make. Each week I will put a new challenge up to have a go at, if you would like to. I will try and post this on a Friday so it's ready for the weekend. If you want to share what you have made, email me a picture at adminoffice@upham.hants.sch.uk

The challenge this week is to try to create a moving toy – a cable car or zip line. This could be an amazing one, like a space one or perhaps with a theme – how about an ice-cream van cable car? The idea is to build some sort of hook or wheel that sits on a string and then add a ‘cabin’ or ‘seat’ that a minifigure could sit in or on. If you have ever been on a cable care, a ski-lift or a zip line, have a go at that. Then set up the longest string you can – either in the house or the garden and see if you can make it work!

The first step is to work out what part to choose for the bit that sits on the string. Start here. My first picture shows some of the parts that might work – the centre bits of wheels (pull off the rubber tyre) are quite useful. Then attach this to your cabin or seat, or fix straight to the minifigure. I wanted to use lots of bright colours but I had some window pieces in white so decided to use them. I chose a star wars figure – an ewok! He is inside, enjoying the view. I added a fence at the front so he wouldn’t fall out.

Building tip: If you create a wheel that sits on top of the string, like I have , in needs to run easily – don’t have things too tight, make sure it spins freely. 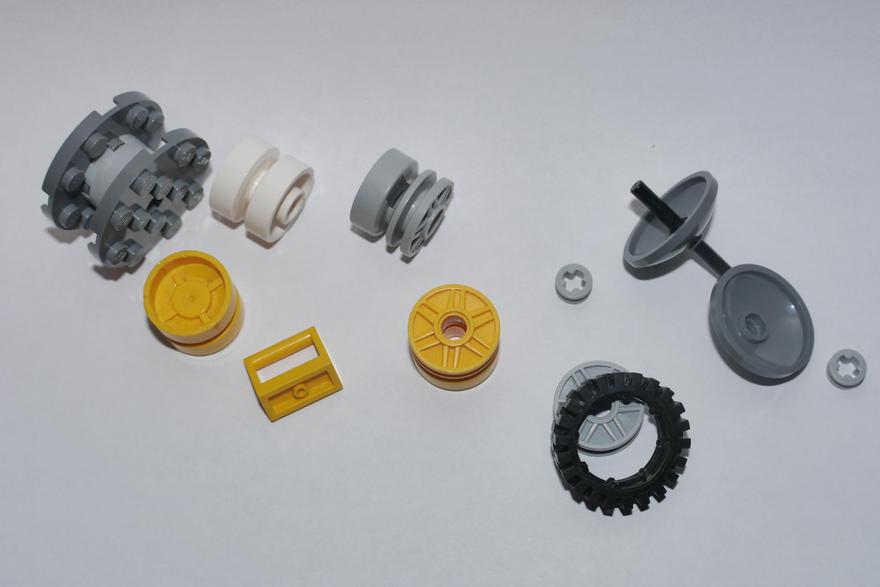 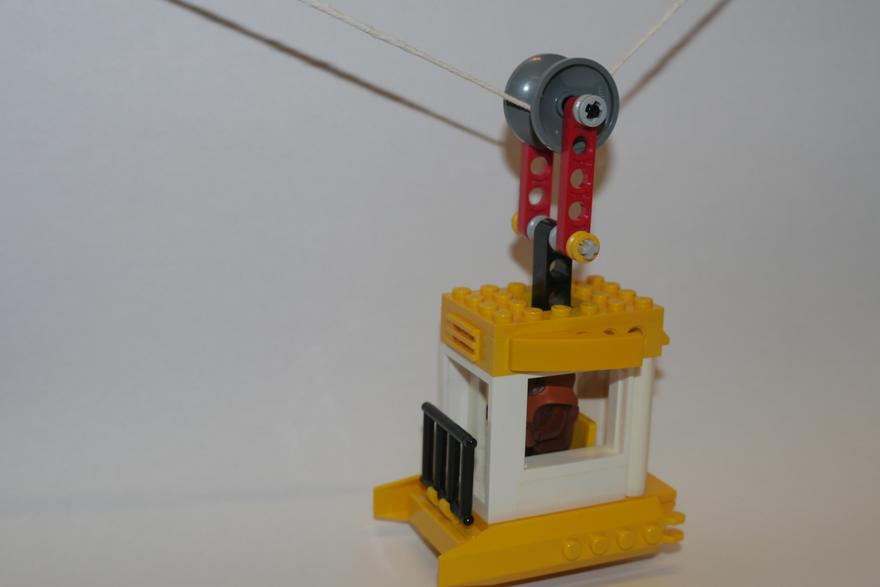 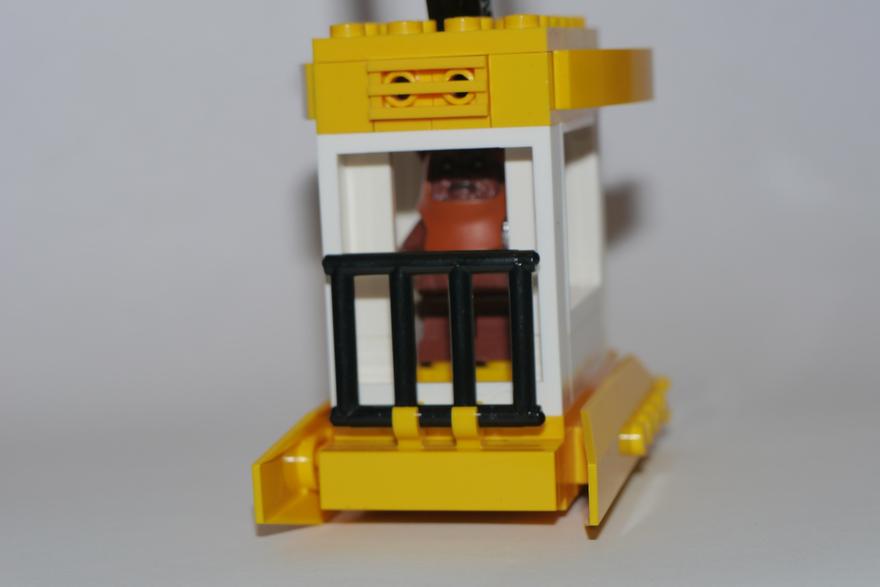 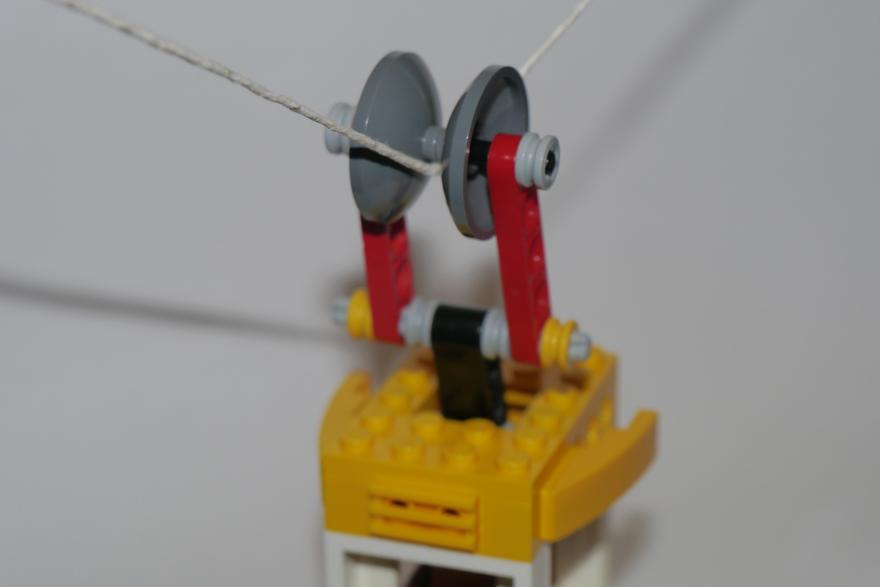 Here is my cable car in action – some children in school help me work it, we set it up from the top of the challenge trail to one of the apple trees!

Playing Tip: Pull the string quite tight but experiment with how steep it needs to be so it works – I was surprised how steep mine had to be.

The first challenge is to try to create an animal mash-up, which means trying to join two different animals together. It will look very strange and funny when you are done. You could make a dog and give it wings of a dragon or make the front half one animal, eg a crocodile and the back a different one, like a horse. Your animal could be big, or small. Lots of mythical animals are already mash-ups, such as the griffin which has the head and wings of an eagle on the body of a lion, you could copy one of these. Why not do a google image search of 'Lego animals' to get some ideas.

Building Tip 1: To show the different animals off, try to choose things which are different colours and shapes. For example a front half elephant and back half rhino, wouldn't worked as they are both big, grey, legged animals.

Building Tip 2: You may have animal-body-part pieces that you could use like teeth, spikes, eys, legs or wings. These might really help you get started.

I had a go at making one - here is my half shark - half snake. I used both heads as I thought that was more interesting. I chose a hammer-head shark, partly because I couldn't get the head right - I thought of a shark when I found the paddle pieces I knew I could use as fins. I solved the head problem by turning it into a hammer head. What do you think? 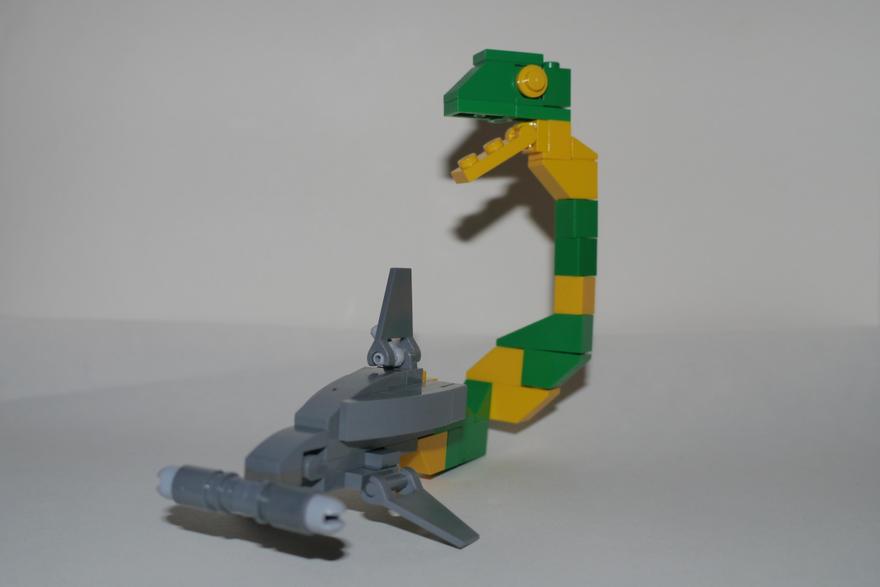 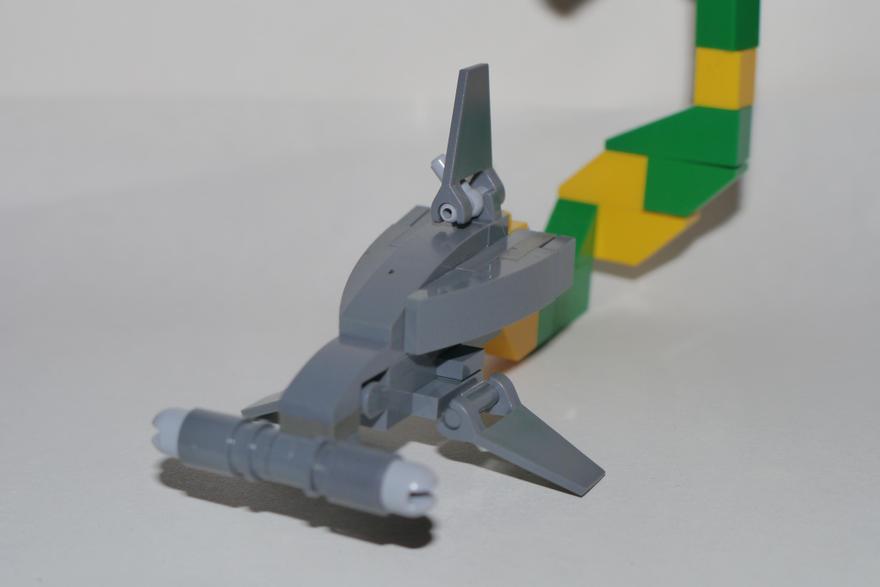 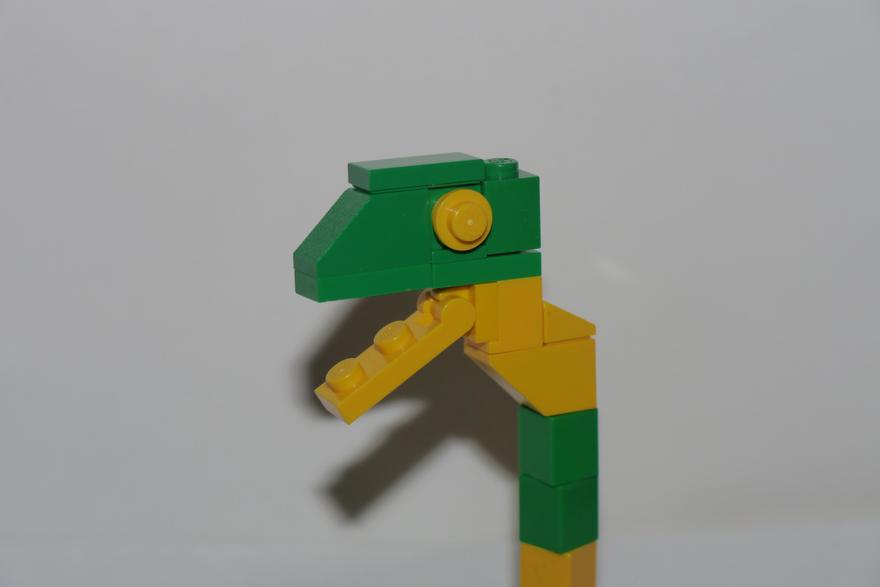 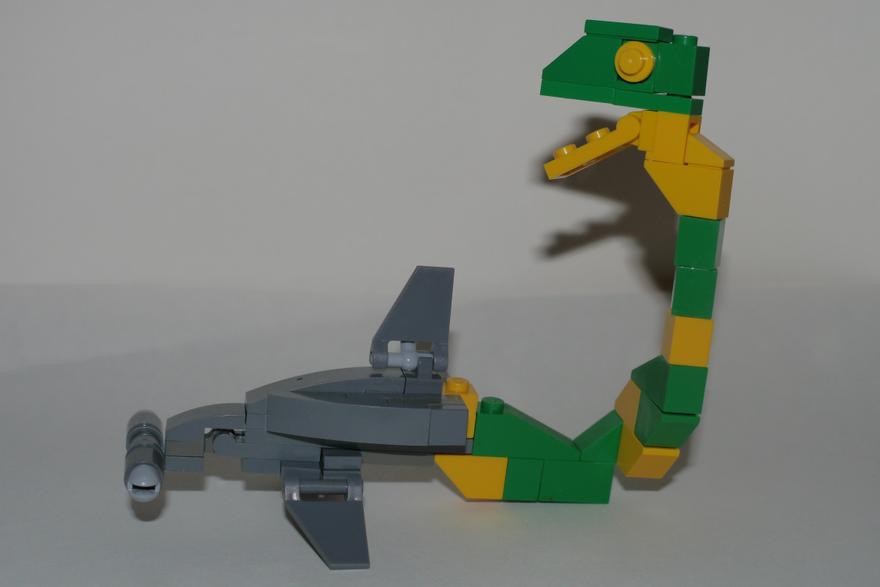